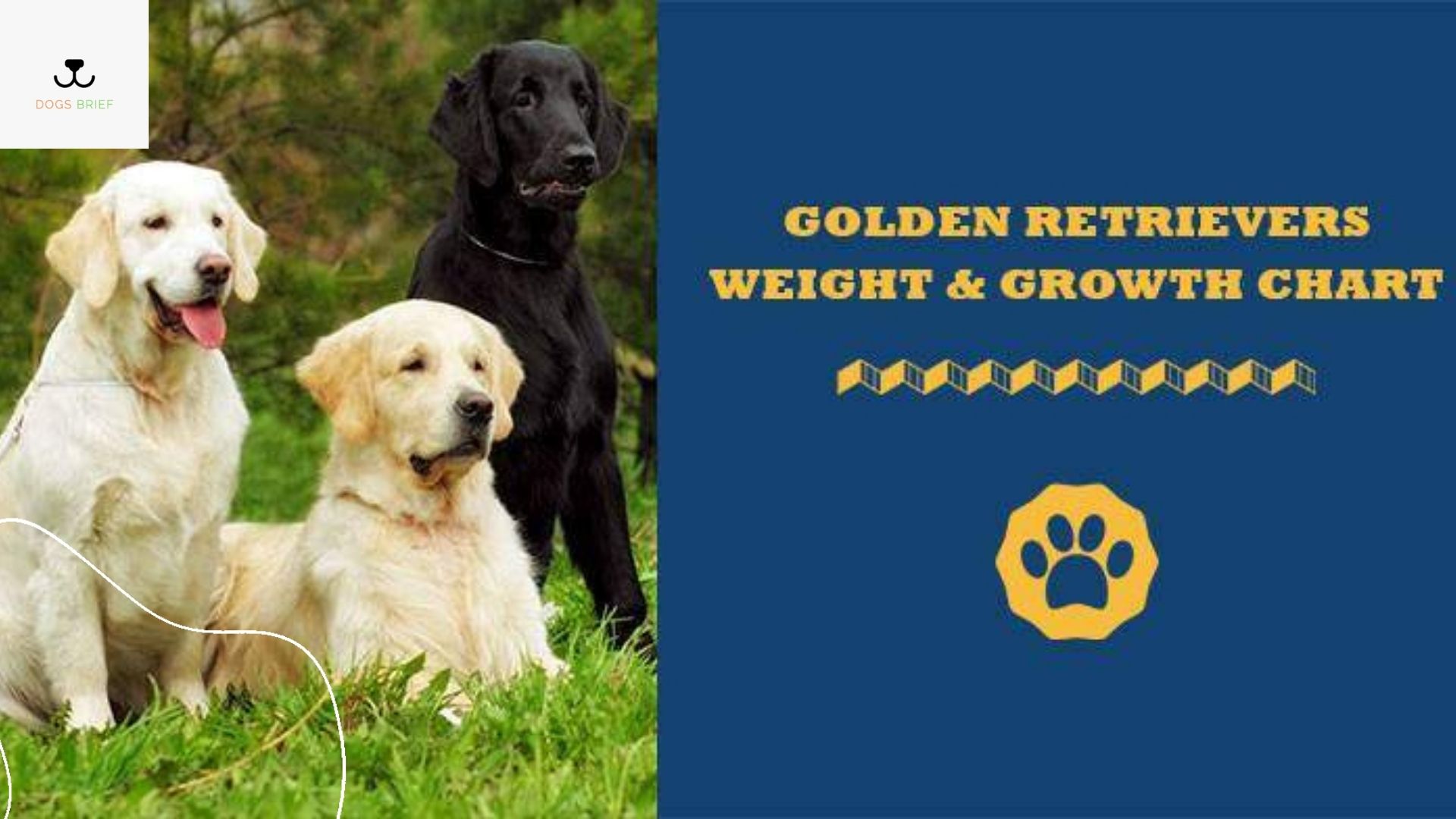 Each breed of dog grows differently and this confuses many owners. Their height and weight vary in the same species, which depends on genetics and their growth pace.

Puppies are no different than little children and they do and grow better if they’re cared for well in a nurturing environment where they’re handled with compassion and love.

The Golden Retrievers are excellent family companions who are generally medium to large-sized dogs. They have an athletic and sturdy body with solid gaits. You’ve ensured that your dog isn’t experiencing malnutrition, slow growth, or other issues, which is why tracking their development is essential.

Although the females weigh less than the male Golden Retrievers pups, they tend to grow faster. If your female puppy is getting bigger more quickly than the male one, you should know it’s normal because studies have noticed that the male pups grow and catch up with the female puppies within a few months.

New Golden Retriever pups should weigh 14 to 16 oz and if taken proper care they gain more masses in a few months.

Your pup will live a long and healthy life only if it grows and develops regularly.

All the significant growth happens during the first 18 months of the pup’s life. It stops growing significantly and doesn’t gain or grow much after 18 months because it has reached maturity and has become an adult. 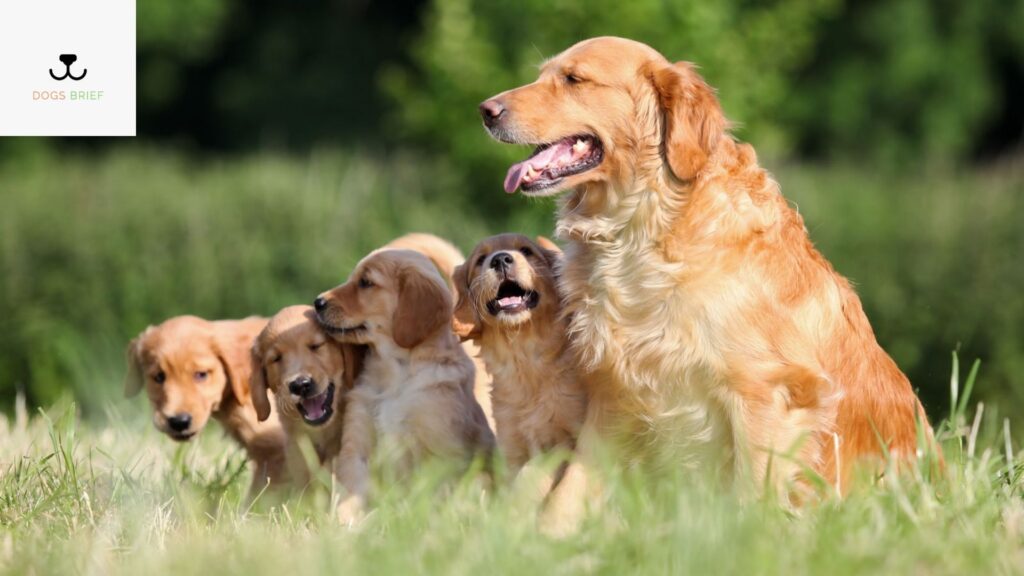 If you’re looking for a Golden Retriever weight chart by age, here’s a chart that can help you:

However, you need to remember that the numbers may vary for each pup, therefore, this chart will help you get an overall idea about the average growth chart of a Golden Retriever pup. 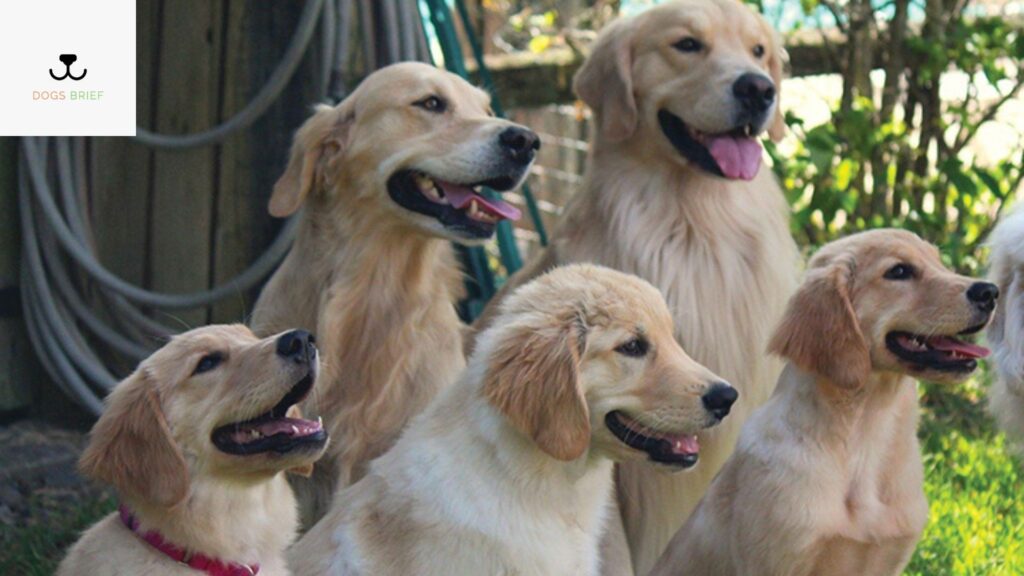 Pup owners are often unaware of their little pup’s different stages of development. If you’re looking for a Golden Retriever growth chart picture to know about what to expect next in the various stages of a pup’s development, here are the necessary details you need to know.

The first stage of development of a Golden Retriever pup is the neonatal period, which occurs during the first three weeks after the birth. It’s a fragile stage where the pup should be given the care and love it needs and should be kept close to the mother dog. It will weigh less than 5 pounds during this stage.

The next stage is the socialization stage, where the pup explores its environment. This is the stage in the life of a golden retriever when they develop and grow significantly.

Some prefer to keep the little one with its mother, while some let them explore as much as it wants. They start to eat solid food and grow up to 22 to 23 lbs in size.

This is the juvenile stage, where the pup learns the world around it. The rapid growth of the pup, which was very prominent in the previous phase, will slow down, indicating that they’ve almost reached their developed size. It will lose its baby teeth and weigh around 38 to 52lbs depending upon if it’s a female or a male.

This is the period where the little pup grows to attend sexual maturity. It will develop and grow to its full size in this stage. This stage is sometimes characterized by territorial behavior in the case of many golden retriever dogs. It will start to have more sense of noise, accompanied by the fast growth of the nose and ears.

This rapid growth stage leaves them vulnerable with their leg bones that can break or get injured if they’re not kept under supervision or taken care of properly.

It can weigh up to 90lbs in this stage in cases of the large-sized ones.

After the first 16 months, a golden retriever matures to become an adult. While it depends on each dog, most of them reach their maximum size by this stage. Only for a few dogs, they still have some more growth left.

This stage is characterized by developing a specific personality of the dog. It’s now a fully grown dog with good likes and dislikes and behavioral responses.

Golden Retrievers are large-sized dogs that grow from a pup to a mature adult in the first 16 months after birth. There are several stages of development that you’ll be able to know from this article. A pup needs to be taken care of properly to help it grow into a beautiful young dog.