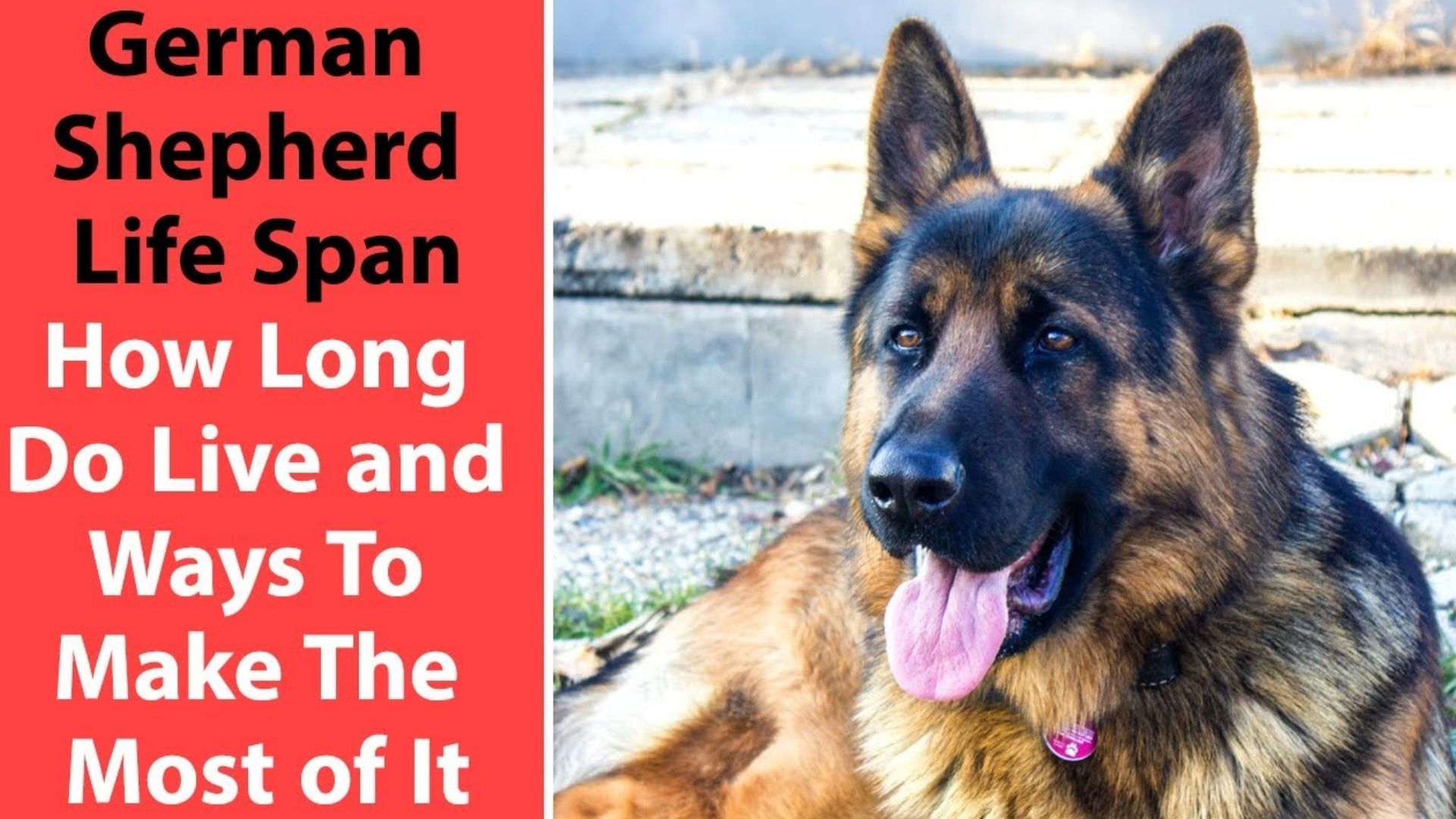 In the United States, German Shepherds, often known as GSDs or Alsatians, are the second most popular breed. They can be the perfect addition to many families because of their intelligence and ability to accompany you on all of your most exciting outings.

Our pets, however, do not live as long as we would like. When is a German Shepherd likely to die? The lifespan of a German Shepherd is shorter than you might think, and it varies based on where the dog was born.

How long does a German Shepherd live on average?

According to some websites, German Shepherds live for an average of 10 to 14 years, but the American Kennel Club (AKC), which registers the breed in the United States, claims that it only lives for 7 to 10 years.

Why is there a distinction? German Shepherds in the United States probably live shorter lives than those in other parts of the world. How is that possible?

Many German Shepherds in the United States are breed to meet a dog show breed standard that requires a sloping back. Unfortunately, a dog with a slanted back is more likely to develop hip dysplasia, arthritis, and other back and joint disorders that can limit movement.

Meanwhile, before being breed in Germany, GSDs must undergo a series of exams to demonstrate physically and psychologically sound. GSDs in Germany are more sound than American German Shepherds, focusing on working capacity rather than looks, and are likely to have fewer mobility issues, leading to a dog being euthanized at an earlier age. 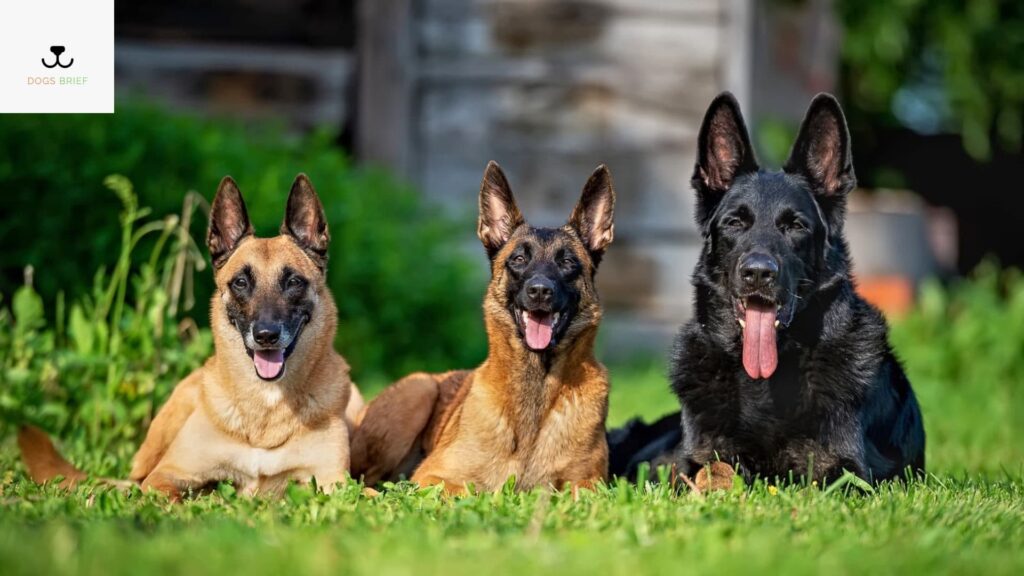 German Shepherd females have a longer lifespan than German Shepherd males. Females lived on average 1.4 years longer than males, according to recent extensive research of over 12,000 canines. The German Shepherd lived an average of 10.3 years during this study, with females surviving 11.1 years and males living 9.7 years.

The following factors should be taken into account when choosing a male or female GSD:

Whether you choose a female or male German Shepherd, it would help raise them properly to have a lifelong companion.

Factors Affecting the Lifespan of a German Shepherd

Mobility concerns such as hip dysplasia, arthritis, and back problems are some of the most significant variables that influence the longevity of a German Shepherd. While mobility impairments won’t kill a dog, the loss of quality of life they might cause sometimes leads to owners euthanizing their pets to relieve them of their suffering.

German Shepherds’ lifespan is also affected by factors such as:

When the stomach fills with air and turns on its axis, the blood supply to the intestines is cut off. The majority of cases result in death.

A degenerative spinal cord illness that leads to paralysis and has no cure. German Shepherds are more likely to suffer from it than other breeds.

The thigh bone does not fit properly in the hip socket, causing pain. Arthritis and mobility problems are common side effects.

A type of cancer that attacks the cells that coat blood arteries and is very aggressive. In German Shepherds, this is a common occurrence.

Seizures are treated up to a limit, but they can be lethal in the long run.

Listed below are some health issues that may or may not affect a German Shepherd’s life but may have an impact on their quality of life: 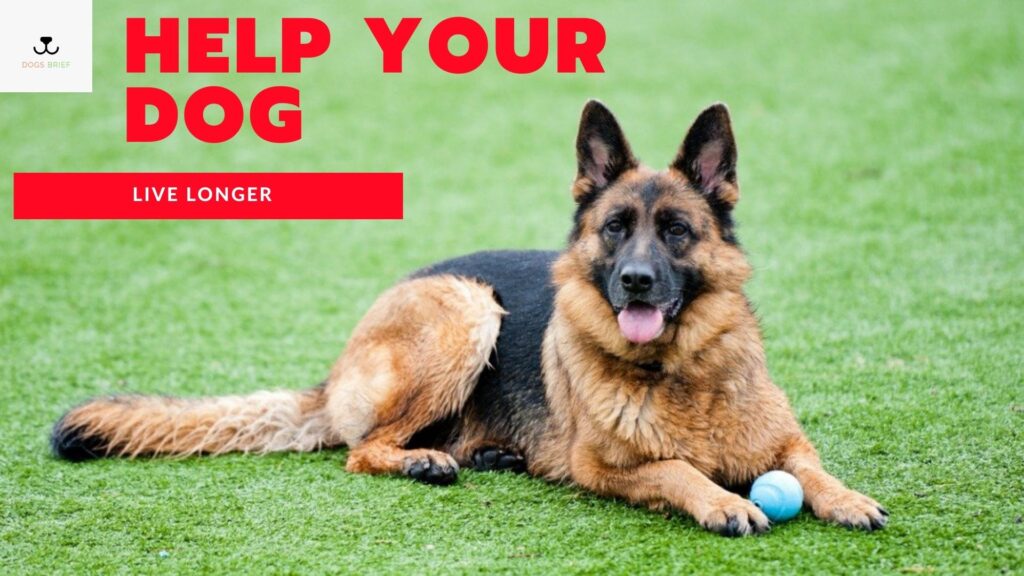 What Can You Do to Extend the Life of Your German Shepherd?

Although there is no way to guarantee that your German Shepherd will live a long and healthy life, there are many things you can do to maximize the chances of spending many happy years with your pet.

As you can see, there are numerous things you can do to assist in extending the lifetime and improve the quality of life of your German Shepherd. With luck, you’ll be able to spend a dozen happy years with them.