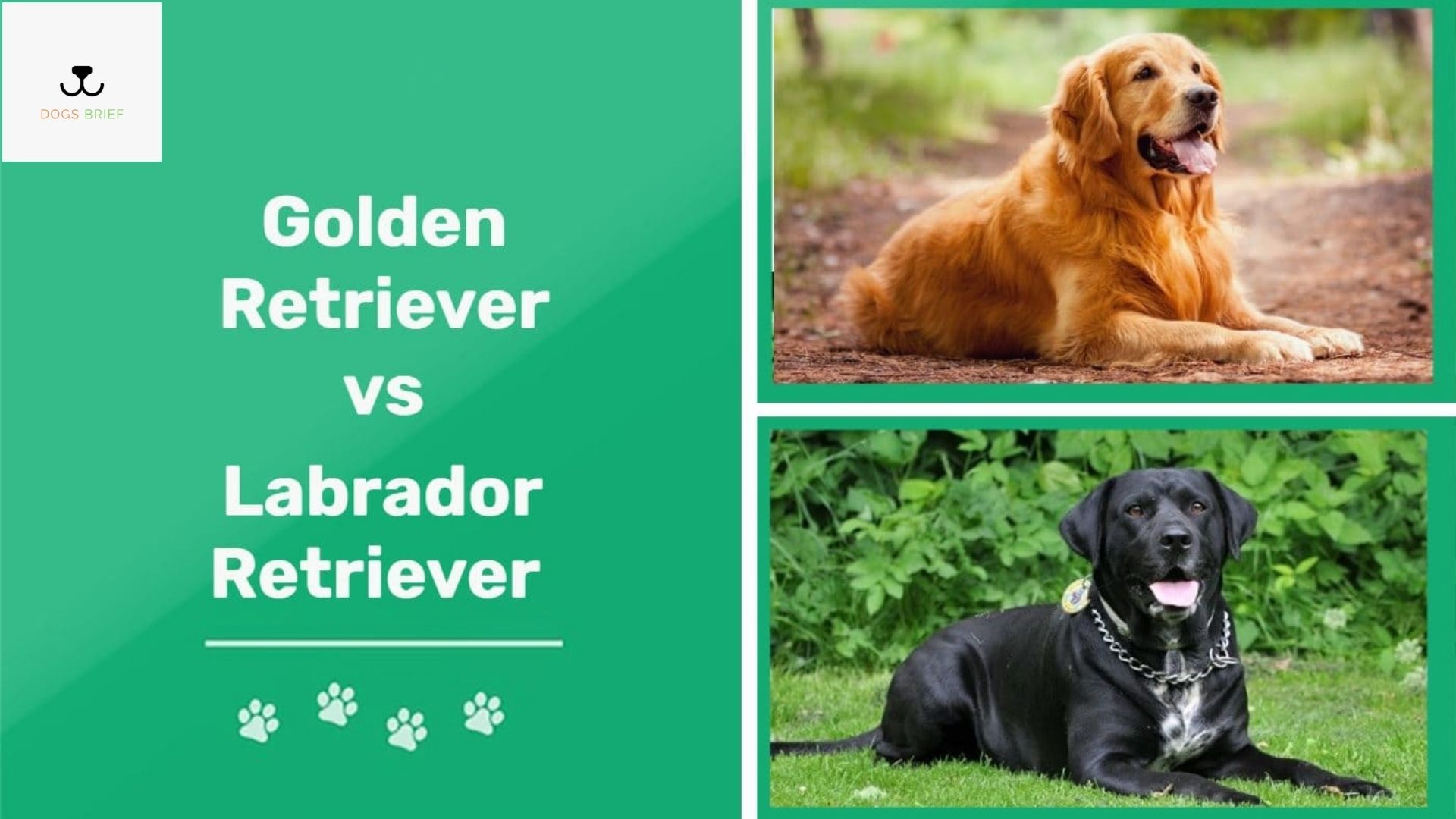 Choosing the best breed of dogs can be confusing, especially between the retriever cousins. Choosing between Labrador vs Golden Retriever can be a problem, as both are well-behaved and trainable breeds. But it can get easier if you know the differences between a Golden Retriever and a Labrador, which is this entire article, is about. 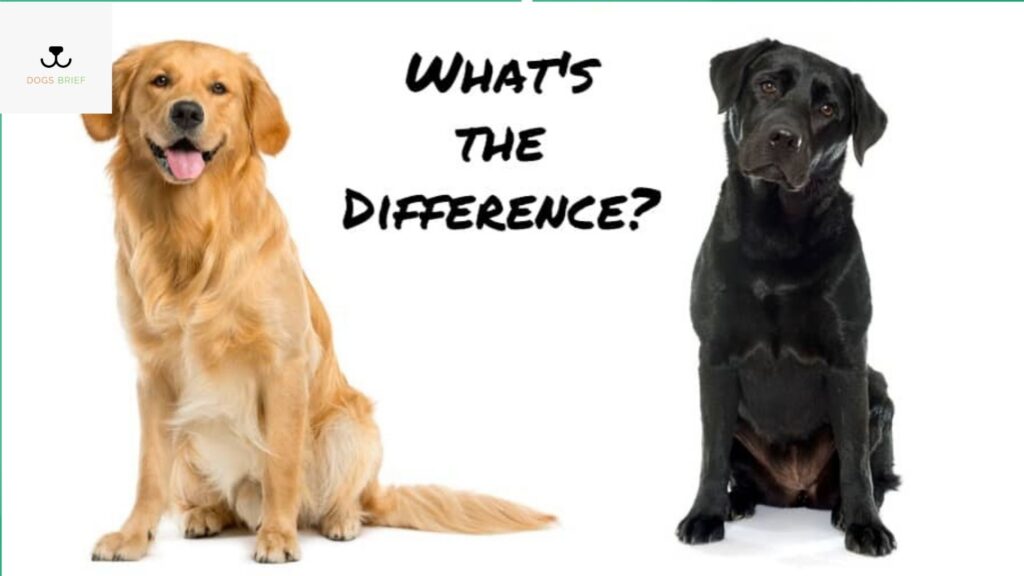 Difference between golden retriever and Labrador

The golden retriever has a fur coat that needs more care and attention than the Labs. They’re not only famous for their rich golden fur coat, but golden retrievers are dogs of commitment and big-hearted personalities. They’re primarily soft and gentle dogs who usually are obedient and highly trainable. They’re more muscular than other dogs and their coats are mainly of three different variations. 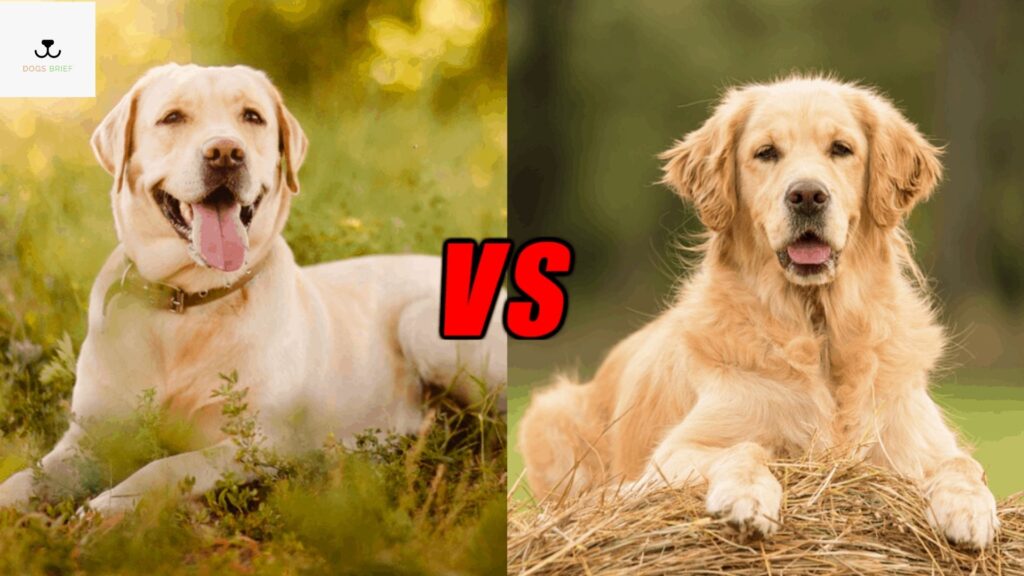 If you’re willing to know the golden retriever vs labrador size differences, here is all that you need to know.

The size ranges of both golden retrievers and Labradors vary from medium-sized dogs to large sizes. While you’re comparing the sizes of Golden Retrievers with Labradors, you need to know that the males of both breeds are more significant than the females.

The Labs are more significant than the Golden Retrievers. The height of the male Golden Retrievers generally ranges from 23 to 24 inches, whereas the females are a little shorter, ranging between 21 inches to 22 inches.

By looking at a Lab and a Golden Retriever, you can get to know the difference in their overall body types. The Labs are solid and sturdy compared to the Golden Retriever, whose proportions are more elegant and symmetrical. 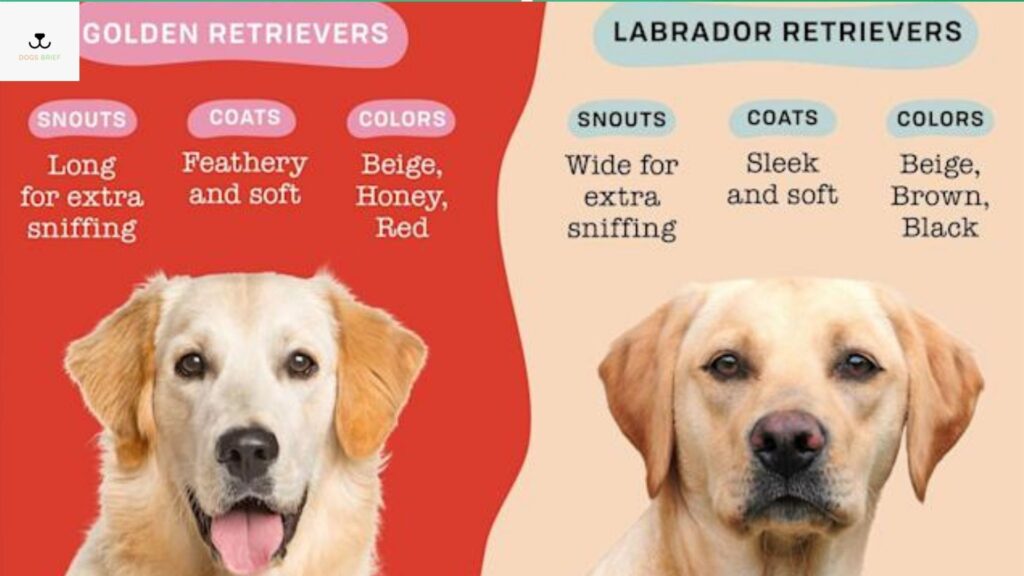 You need to consider the grooming differences, coat type, etc while deciding on choosing a pet. It’s a common misconception that Labs require less care or maintenance than the Golden Retrievers. Here are the grooming needs for dog breeds that you need to know.

All Golden Retriever dogs require grooming irrespective of the type and texture of their coat. You should know that Golden Retrievers have a double coat; the undercoat grows denser when the weather is cold and it sheds in the warmer season.

Therefore, an undercoat rake can help you remove the shredded furs. You also need a high-quality slicker brush to groom the topcoat. You should never shave the coat of a golden retriever, but occasional trimming can help.

Like Golden Retrievers, Labs have a double coat which needs as much maintenance as a Golden Retrievers. However, Labradors don’t have very feathery furs in many areas, so it requires more minor trimming. You need to use an undercoat rake and a slicker brush for brushing off furs and grooming Labs too.

Moreover, both Labs and Golden Retrievers need regular trimming of nails. Ear cleaning is all required to complete their grooming routine. 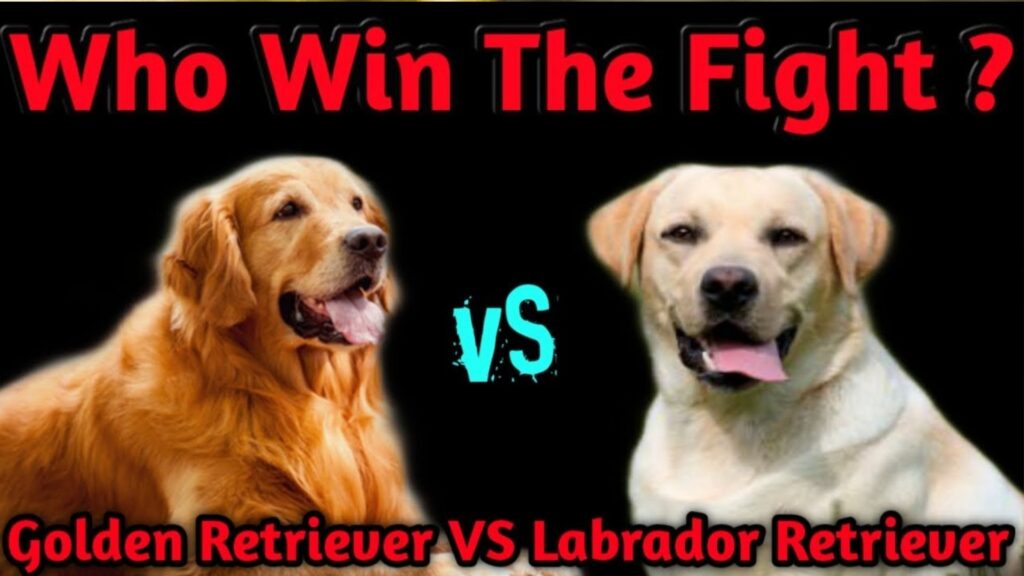 The perfect word to describe these breeds of dogs is that they have an adorable nature. If you want to know about Labrador vs golden retriever fight differences, it is better to clarify that Golden Retrievers are more gentle and sensitive than Labs. They fight less and don’t show many temper tantrums, but it mostly depends upon the personality traits of an individual dog.

Golden Retrievers prefer a calmer environment to the Labs, so families with children can go for the Labradors and they’re very playful and lively with little kids. Prominent families may prefer more energetic dogs when the Labradors are the best ones to choose. But families with old and retired couples can happily welcome a golden retriever as they have a soft nature.

Both the Labs and Golden Retrievers are top rank pet dogs. They’re both perfect for keeping up with your lifestyle and family. While you’re choosing a dog to pet, you should know the type of dog you want and all the basic requirements to make sure you’re choosing the right breed.

The families willing to have a loving, kind and the gentle dog should go for a golden retriever, whereas to guard your big mansion, Labradors are perfect.

5 thoughts on “Golden Retriever vs Labrador, which is the Best-”